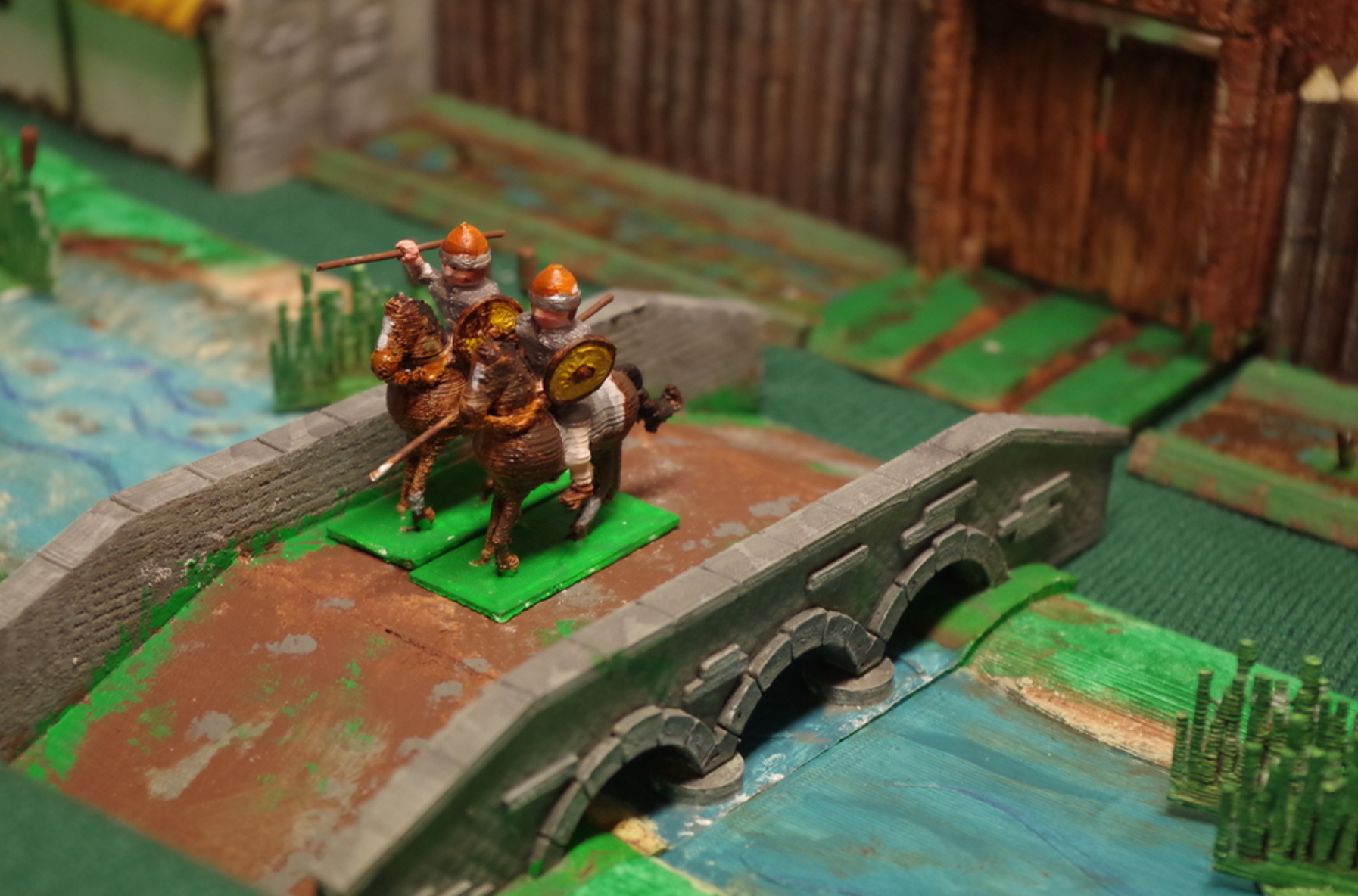 The attached is a roman-made bridge in 28mm scale for practically any roman/post-roman period, and is intended (but not exclusively) for the wargames table. It is designed to go with my modular water series (as shown in the photo), but for anyone not requiring that base the walls/floors can be used stand-alone - I have provided some stand-alone pillar bases to support that usage. If the user is having difficulty positioning the floor pieces, I have included some supports that will fit into the notches in the base behind the pillar bases (- may need a spot of trimming)