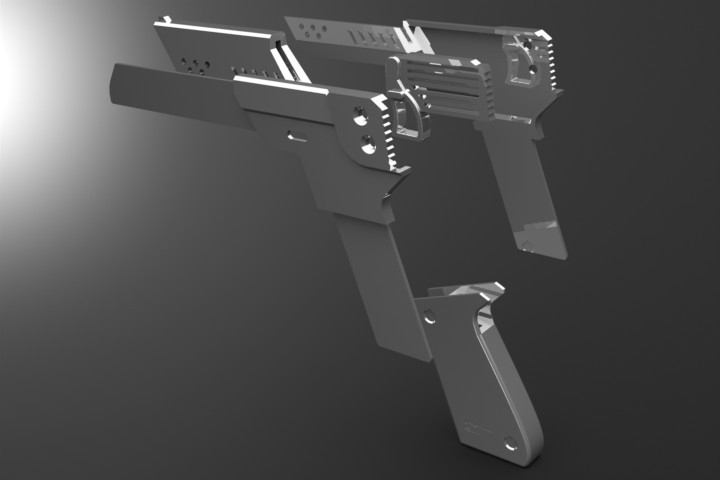 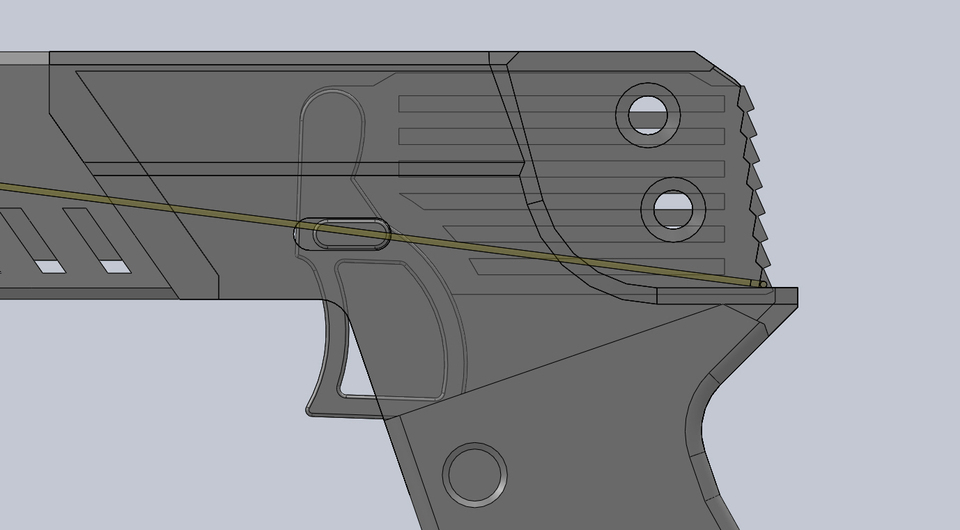 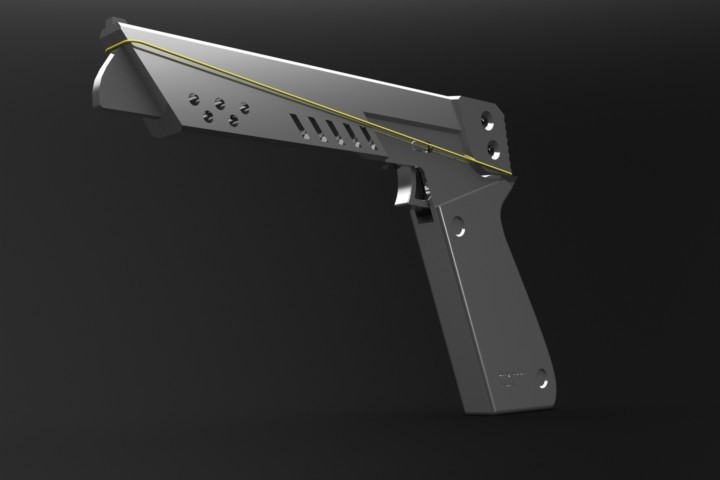 It is a improved version of the old Rubber Band Gun (http://grabcad.com/library/3d-print-rubber-band-gun?utm_campaign=newcomment&utm_content=heading&utm_medium=email&utm_source=member-email) Thanks to Wim and Richard to build that gun. But they also found that there are some problems that make it shoot not stable. At a result, I make a little changes with the mechanism and I think it will be much better than before